Femoroacetabular impingement is a condition that has only recently been recognised as a cause of hip symptoms. It is thought to be the underlying cause for >75% of all cases of osteoarthritis of the hip. [3]

Impingement results either because the femoral head is not quite spherical or because the acetabulum is too deep; thus when the hip is flexed fully the neck of the femur is pushed against the labrum and acetabulum at the front of the hip, causing damage to these structures.

There are 2 basic types of Hip Impingement:

The result of any of these deformities is: 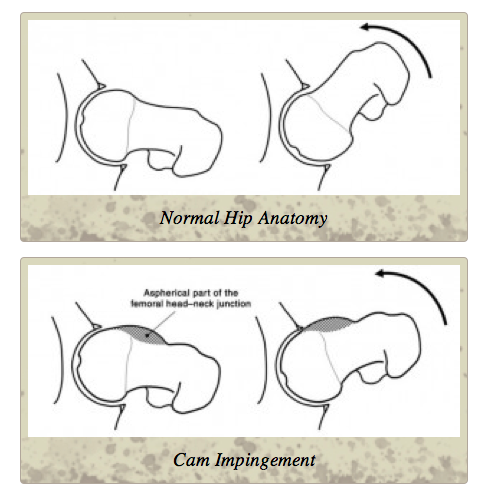 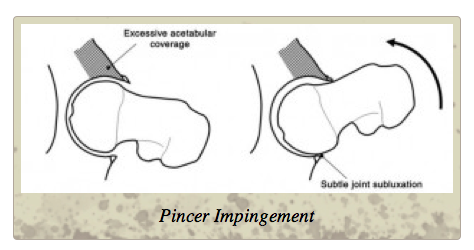 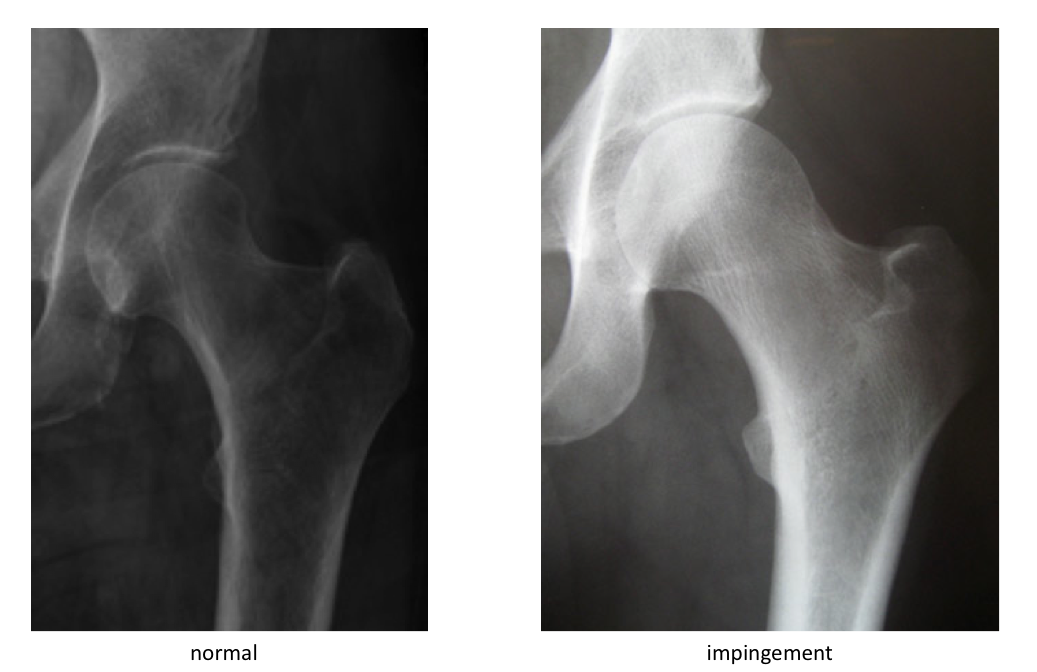 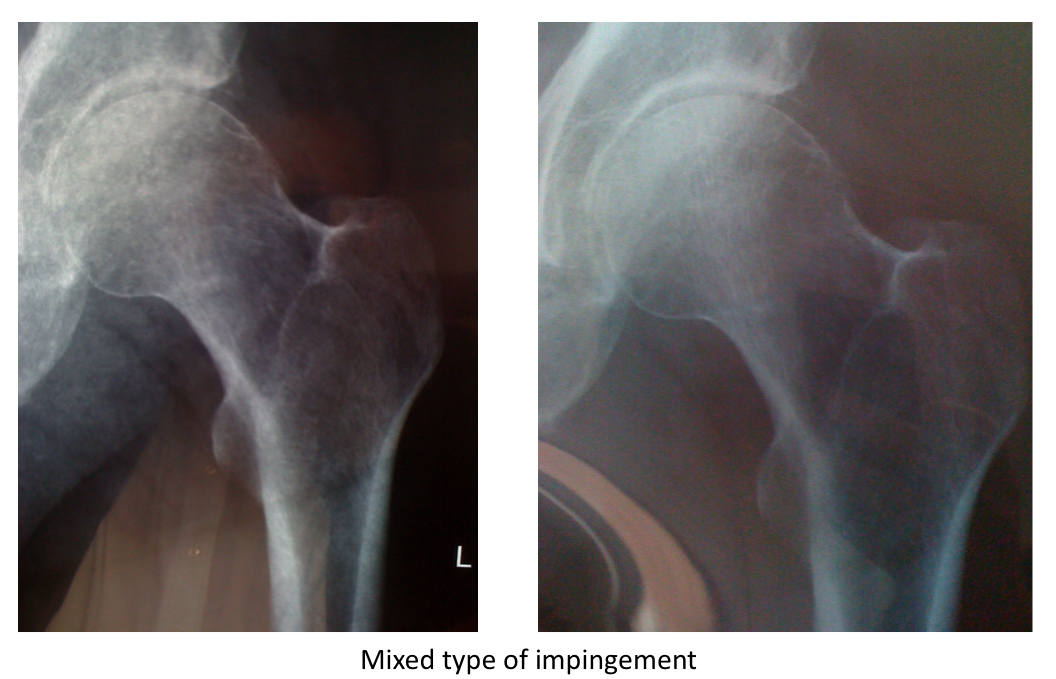 On physical examination, the patient’s gait is either normal or slight limp will be present occasionally. A Trendelenburg’s test may be positive, especially if the disease is more established. Abductor strength is routinely assessed and commonly reveals slight weakness. Hip motion should be evaluated very carefully. A restriction of hip flexion and hip internal rotation is quite common. Many of these patients have hip flexion limited to 90-100 degrees (normally 120-130 degrees). Internal rotation in 90 degrees of flexion is quite restricted and is usually between 0 and 10 degrees. This restricted internal rotation in hip flexion is due to osseous impingement of the anterolateral femoral head-neck junction with the acetabulum. The anterior impingement test is almost universally positive and should reproduce the symptom of groin pain.

Therapeutic management comprises acetabulo- and femoral osteochondroplasty, which may be administered by open or minimally invasive open surgery as well as arthroscopically. In certain cases impingement pathology has to be addressed by acetabular reorientation (e.g. osteotomy). Published data show that timely diagnosis and treatment is pivotal for therapeutic success.

Before (A) and after (B) osteochondroblasty for a 26 year old female with cam impingement. [2]